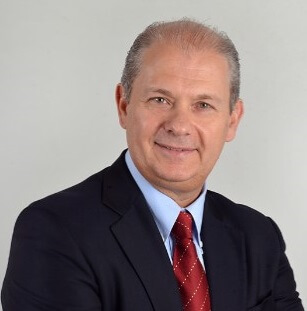 Otavio Carvalheira is the VP of Operations for Brazil, San Ciprian & MEA and has been the President of Alcoa in Brazil since 2016. He represents Alcoa on the Board of AWA LLC. He is Chairman of the board of Instituto Alcoa and Alcoa Previ (Alcoa’s pension plan for Brazilian employees); is a board member of Alcoa Foundation; and is member of the Board of ABAL (Brazilian Aluminum Association).

Prior to his current roles, he was Commercial Vice President, Alcoa Bauxite with global responsibility for the development of the bauxite market. Before that, over six years, he was responsible for the commercial activities of Alcoa’s Primary Products business in Latin America & Caribbean, when he played a key role to maximize results during a very significant transformation of the business. He was also accountable for the Alcoa growth initiatives and strategies in Brazil and led a research, development and innovation (RD&I) team that worked in close connection with all business units to introduce new products, develop innovation in materials and application of industrial residues.

From 2005 to 2008, Otavio was the head of the Alcoa Foil business in China, living in Shanghai, he led the business through an important change in product mix. In 2004 and 2005, he served as Director, Latin America Extrusions, and implemented a major turnaround that brought the business back to profitability. Prior to this appointment, Otavio was the General Manager of the Alcoa’s Latin America Flexible Packaging business for two years and held various positions in the Brazilian Flat Rolled Products, including Foil Products Manager, Human Resources, Quality and EHS Manager and Sales. In 1993 and 1994, Otavio worked at the Alcoa Technical Center, near Pittsburgh, PA, in an assignment focused on new product developments and technology support for operations.

Otavio joined Alcoa as a Trainee Engineer at the Itapissuma rolling mill, Brazil in July 1988 and holds the following qualifications:

Otavio’s wife, Gianna, has a PhD in Genetics and is a Professor at Sao Paulo Federal University. They have two adult sons: Pedro, who currently lives in Princeton, NJ, and Leonardo, who lives in Sao Paulo.